War feels like endless misery. When it ends, will there be rest, peace? 75 years ago in the Dutch Indies peace was still very far away. Maybe further away than ever.

How many in the last year of the war did not express their yearning for it to be over quickly? Exhausted, and for the umpteenth time having to pack up your few possessions before being ushered to the next camp. Sharing too little space with even more women and children. Having to move because the Japanese oppressors suddenly found they now needed that house and wanted to maintain control over the Indo-European population. They were also herded together. No more privacy. You were never alone. The size of your world reduced to a minimum. Your freedom snatched from you in the blink of an eye.

The shouting of Japanese soldiers and their superiors. The whole day long. The Japanese began in 1944 to sense that the war was a lost cause and became crueller than ever. Food became scarcer and the means of barter were depleted. What little clothing there was had become extremely threadbare. Only a sprinkling of hope sustained exhausted bodies. How much longer could this last? The best years of your life simply passed you by. You clung desperately to every rumour that the war could soon be over, which only made your yearning more fervent. 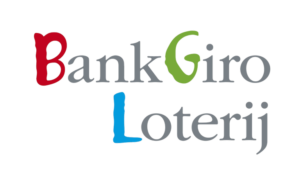