Not only members of the armed forces are buried in the Dutch war cemeteries in Indonesia but also civilian victims. Men, women and children of different nationalities; Christians, Jews, Moslims and Buddhists.

Originally there were 22 war cemeteries spread across the whole archipelago, built between 1946-1952 by the War Graves Commission of the Royal Dutch Indies Army.  Earth from these 22 war cemeteries was collected in one urn, which was mounted on the National Monument on the Dam, Amsterdam, behind the stone bearing the Dutch coat of arms. (see also Indies Monument – History).

After the transfer of sovereignty, the number of war cemeteries was reduced at the request of the Indonesian government. The human remains affected were taken to the war cemeteries which had been built on Java and were maintained by the War Graves Commission.

In 2005, an urn with earth from the eight war cemeteries in Indonesia was placed in the small column at the Indies Monument.

In addition to many civilians, members of the armed forces are buried here, among them Generaal S.H. Spoor. A total of 4,270 dead are interred here, including those removed from other war cemeteries in Banjarmasin, Tarakan, Menado, Palembang, Balikpapan, Makassar en Cililitan. The ashes of  728 dead were transferred in urns from Japan and reburied in this cemetery. 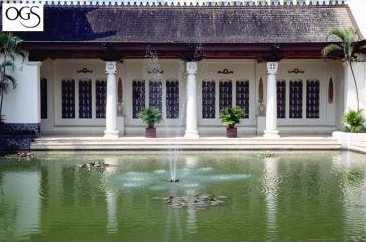 Ancol is the war cemetery of the executed, those men and women who had taken part in the resistance. They were executed on this spot and buried in unmarked graves. The dead, whose remains were impossible to identify, were buried in mass graves. It was decided that all those executed both here and elsewhere should find their last resting place here. In total, 2,118 dead are buried here, including those re-buried from Banjarmasin, Medan, Makassar en Mandor. 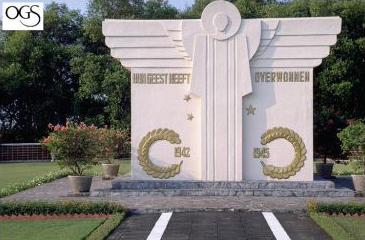 Buried in this war cemetery are soldiers from the KNIL who fell while defending the Tjiaterstelling, the last stronghold for Bandung, and also those who having surrendered were murdered by the Japanese. Total number of dead: 3,988 including those re-buried from Muntok, Palembang en Makassar. 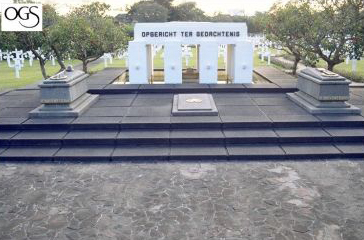 Leuwigajah became the war cemetery with the largest number of graves due to the many reburials there.  In total, 5,181 dead are buried here, including those reburied from Muntok, Padang, Tarakan, Medan, Palembang and Balikpapan. Here also is the Junyo Maru memorial stone in remembrance of the torpedoing of the Japanese transport ship which killed 1,600 prisoners of war and around 4,000 Romushas (forced labourers). 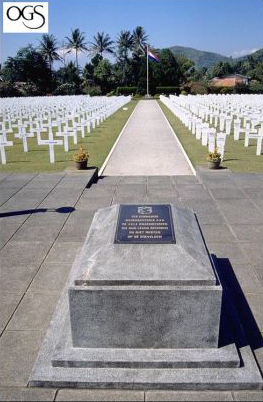 Only members of the armed forces are buried in this war cemetery. 1,088 in total. It was built on the initiative of the first contingent of Dutch troops, which arrived in Semarang in March 1946.  It includes reburials from Palembang and Makassar. 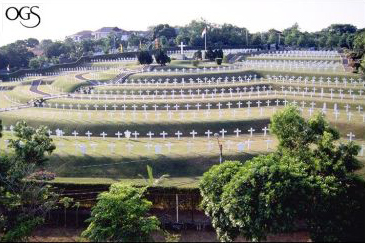